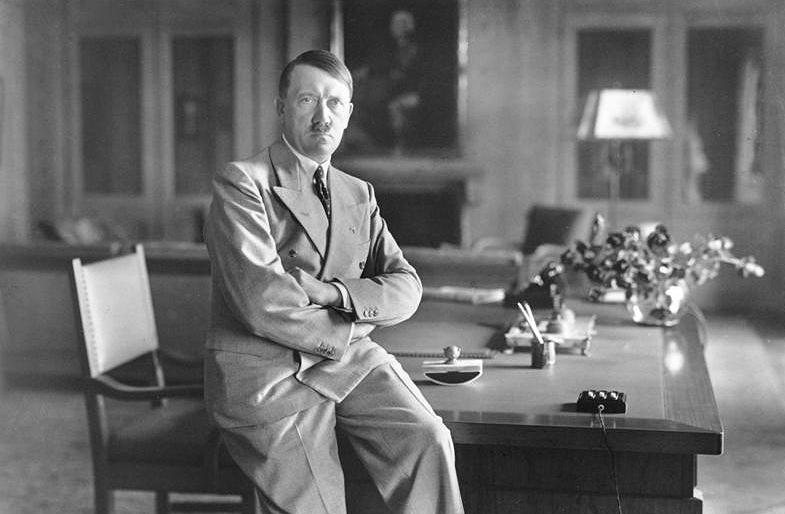 Rising to power as the leader of the Nazi Party in the 1920s, Adolf Hitler became the main architect of the Second World War. His policies that were largely anti-Semitic led to the deaths of thousands of Jews who were living in Nazi-controlled German areas in World War Two. Although an exact figure of how many Jews Hitler’s reign systematically killed, historians estimate that the number was approximately around 6 million.

Born in Austria on April 20, 1889, Adolf Hitler was the fourth of six children. His parents were Alois Hitler and Klara Hitler. His relationship with his father was a difficult one. Hitler refused to follow a similar career as his father’s. Hitler wanted to become an artist, and his father was a customs officer. However, twice he failed to get admission to the General School of Painting at the Viennese Academy of Fine Arts.

During the First World War, he enlisted into the Bavarian part of the German army. There, one of his roles was that of a trench runner. He was, according to himself, one of the only 42 survivors out of a company of 250 strong men. He also received the Iron Cross twice for his bravery.

Hitler’s emergence on the political scene began in 1919 in Munich. He joined as a speaker for the German Workers Party. In just two years, Hitler officially became the chairman of the NSDAP in July 1921. The party was also referred to as Hitler’s Nazi Party.

Hitler’s first attempt at a grasp for power was when he, with 2,000 of his Nazi supporters, tried to seize power in Munich in November 1923. The coup, however, did not succeed. They charged Hitler with treason upon his arrest.

The political establishment of Munich did not want to give rise to rumors of being accomplices in the coup, so they kept the matter quiet. The trial ended in disappointment for those who were hoping to put an end to Hitler’s political career. They released Hitler from prison just after nine months of his five-year sentence. However, he was no longer allowed to make public speeches anymore.

This did not stop him from using his extraordinary orating skills in private gatherings. His speeches gave his followers a vision of a new Germany. The Nazi Party gradually transformed from a small Workers Party to the largest elected party in the country’s parliament.

Hitler became dictator of Germany by first convincing the government that the country should be ruled by the decree of Hitler. The conservatives readily agreed upon this as they wanted to crush the Communist Party. Hitler persuaded the parliament, through threats and other inducements, to vote for a law that would give the cabinet, which comprised of Hitler and his ministers, absolute power and authority to issue any kind of legislation they wanted. This would be without prior notice to or reference from the President of the Reichstag (parliament). Hence, Hitler achieved his goals and received dictatorial powers.

The second approach taken by Hitler to exercise complete control as dictator of Germany was the mass, cruel and brutal violence on the roads. Hitler and his followers would torture people and put them into concentration camps. They would only release them when they promised not to take part in politics.

As the realization struck that Germany was going to lose the war, Hitler retired into his bunker during the last months of WWII. He still continued to give orders from there.

On April 20, 1945, Hitler’s 56th birthday, Berlin was hit. Soviet troops marched into the city. Ten days later, on the 30th, Hitler shot himself in the bunker. His body and that of his longtime mistress, who had injected herself with cyanide, were carried out of the bunker and set on fire after being doused in petrol.