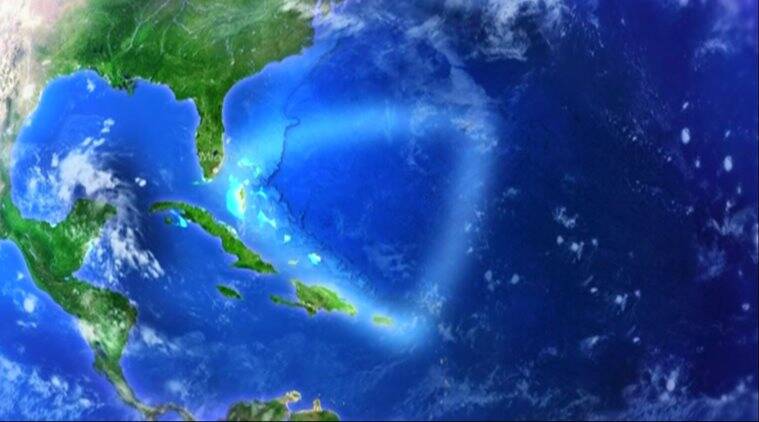 The Bermuda Triangle, or Devil’s Triangle, covers an area of 500,000 square miles of the Atlantic Ocean off the southeastern tip of Florida. This part of the ocean is a mythical section that is roughly surrounded by Miami, Puerto Rico, and Bermuda.

Dozens of ships and airplanes have been known to have mysteriously disappeared without good reason and even in good weather, without distress calls or even radio messages. So, what is the reason behind this mystery of the Bermuda Triangle? Let’s find out.

Christopher Columbus was reported to have seen what could have been a meteor crash into the sea during his initial voyage to the New World. He also wrote that his compass became erratic. A few weeks later, a strange light appeared in the distance.

Incidents on the Bermuda Triangle

It was not until the 20th century that the Bermuda Triangle captured the interests of the public. In March 1918, a United States Navy cargo ship with almost 300 men and 10,000 tons of manganese on board sank between Barbados and the Chesapeake Bay. There were no distress signals or an SOS from the ship, even though it was equipped with instruments that could do so. An extensive search did not find any signs or wreckage of the USS Cyclops, 542 feet long! The president of the United States at the time, Woodrow Wilson, said, “Only God and the sea know what happed to the great ship.” Similarly, two sister ships of the USS Cyclops vanished along the same route without a trace in 1941.

Five Navy bombers with 14 men departed from Fort Lauderdale in Florida in 1945 to conduct a practice bombing. The compasses on board began to malfunction, and Flight 19, as it was known, was lost at sea. A rescue plane with a 13-member crew also disappeared on the same day. Again, an extensive search yielded no results. The official Navy report declared that it was “as if they had flown to Mars.”

Ghost Ship of the Outer Banks

Perhaps the most written about maritime mysteries is the Carroll A. Deering, a five-masted schooner found deserted by the investigation team from Barbados with all crew members, their belongings, the ship’s equipment, logbooks, and all life-rafts missing. Known as the ‘Ghost Ship of the Outer Banks,’ Carroll A. Deering’s disappearance in 1921 has not brought anyone any closer to solving the mystery.

A Yacht Goes Missing in the Bermuda Triangle

Captain Dan Burrack and his fiend Father Patrick Horgan left Miami on December 22, 1967, in their cabin cruiser – a 23-foot luxury yacht – the Witch Craft to enjoy the view of Christmas lights at sea. The boat hit something, and they lodged a call to the coastguards to get it towed back to shore. However, when the coastguards arrived just 19 minutes later, there wasn’t a single sign of the cruiser. The yacht was gone, and all the search efforts were unsuccessful.

Over the centuries, several planes and ships have vanished without any logical explanation over the Devil’s Triangle. Many theories have surfaced about the mystery of the Bermuda Triangle – the presence of aliens and paranormal activities. But the most acceptable of the theories is the scientific theory of electromagnetic interference.

The theory suggests a strong pull of the earth’s magnet in the area, which causes problems in the compasses and other equipment used on planes and ships. Still, there is no proven theory, and accidents continue to happen in the region.