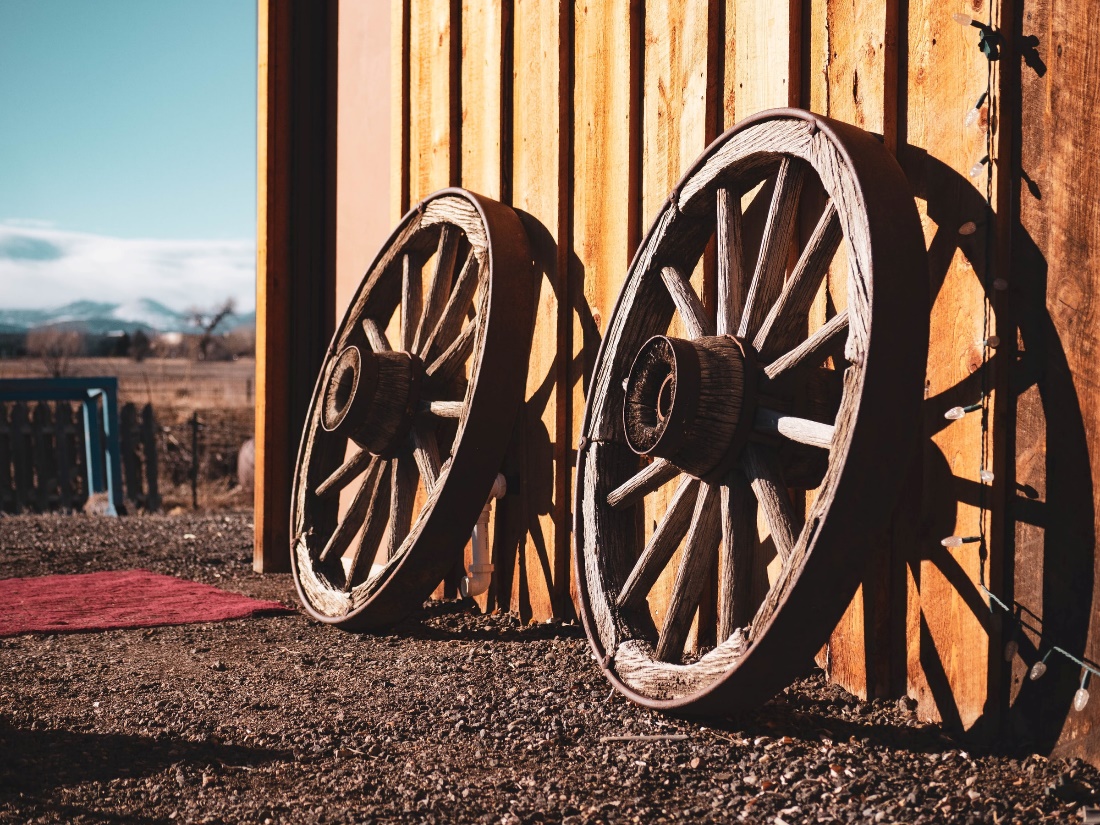 The earliest wheels, used as potter’s wheels, were invented some 5,500 years ago in Mesopotamia, modern-day Iraq. It is an early invention, but it arrived much after the creations of boats, ropes, baskets, woven cloth, pottery, and agriculture. The transition between the Neolithic Age and the Bronze Age saw wheels made from wood and had a hole in the middle for an axle. This combination of the wheel and the axle made it possible to create forms of transport like the cart and the chariot. It also led to the mechanization of agriculture, for example, irrigation of crops and the mechanism on windmills. Let’s learn more about the invention of the wheel!

One of the First Inventions Not Inspired by Nature

The oldest wooden wheel discovered yet was found in Slovenia in 2002. Historians consider it to be between 5100 years to 5350 years old. The Ancient Greeks invented the wheelbarrow with one wheel to transport raw materials and goods from place to place. There is also evidence of wheeled carts in China and Europe.

The earliest piece of pottery – the Bronocice pot – depicts a wheeled vehicle dating back to 3370 BCE. Archeologists discovered it in Poland during an excavation. Another early sign included a sled consisting of a flat base made of mostly wood mounted on a pair of runners with curved ends. The people realized that the sled would become more effective if mounted on rollers.

Uses of the Wheel

The wheel has had a variety of uses apart from its primary function in the transportation of goods and people. People used watermills to generate power for the running of sawmills, grist mills, and textile mills. Similarly, the turbines used today generate hydroelectric and wind power.

Another use of the wheel is the spinning wheel which spins thread from natural fibers like cotton, wool, and flax. Nowadays, its replacement is the spinning frame and the spinning jenny, which are more sophisticated versions of the spinning wheel. Compasses and accelerometers are other instruments for navigational purposes, and the devices also incorporate wheels in them.

Modern scientific innovations have changed the world into a very different place. The invention of the wheel has inspired many new technologies. The steering wheel, CD, propellors are just a few examples. There is no doubt that the wheel is one of the most important inventions in the history of humankind.