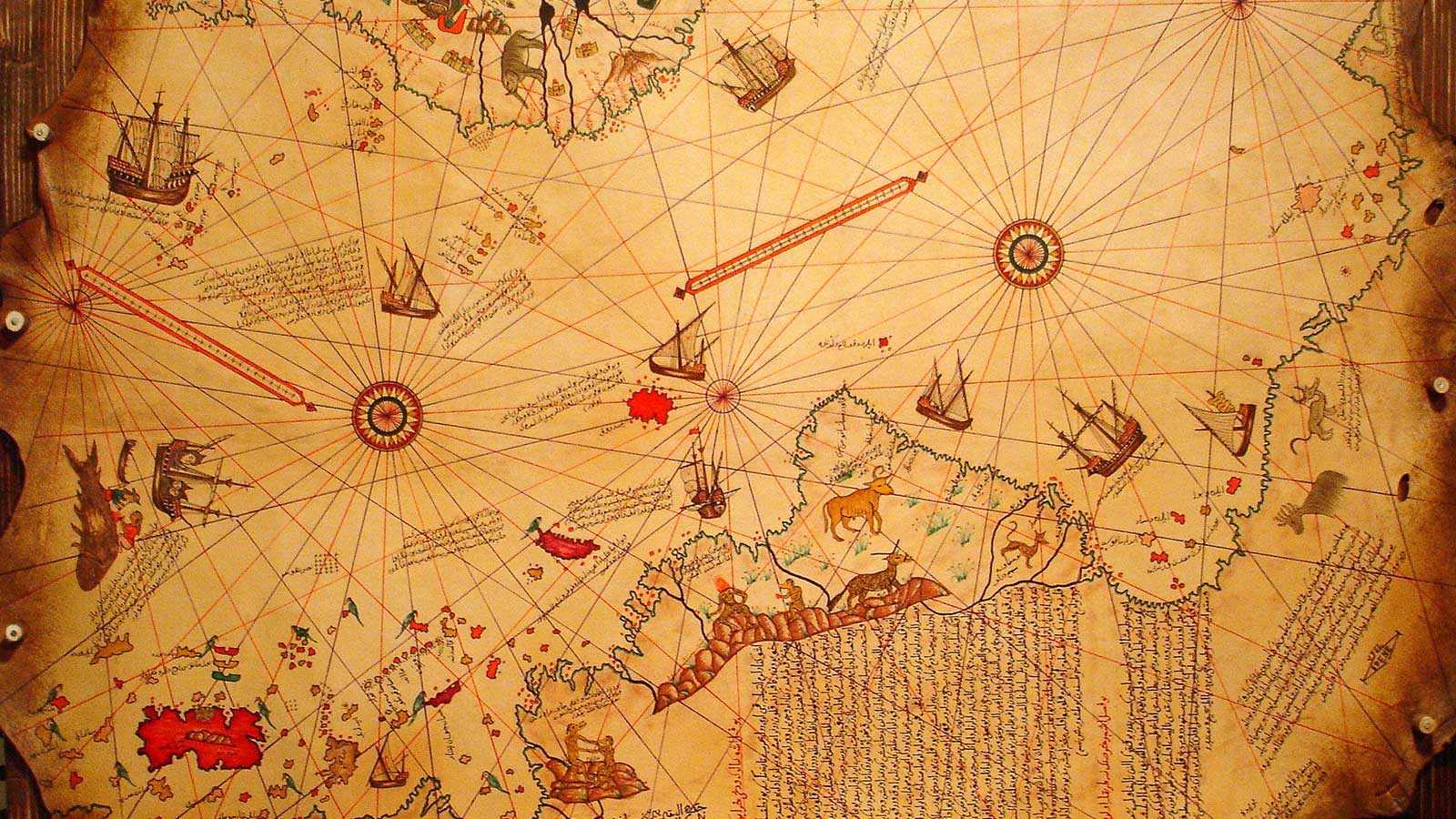 Historians and discoverers are constantly looking out for anything that can reveal the history of the world. They can use anything from unearthed pots to jewelry to help them figure out what had happened during the time it was made. One German theologian named Gustav Deissman discovered something important in 1929; a map that he found inside a gazelle-skin parchment in a stack of rejected items.

After studying the map, he soon realized that it belonged to a Turkish cartographer named Hagii Ahmed Muhiddin Piri, most famously known as Piri Reis. You should note that Piri Reis was part of the Turkish navy, for which he held the position of admiral. He mentioned that he used 20 different charts and maps as his origin documents. Out of the twenty, there were eight Ptolemaic maps, one Arabic map, four Portuguese maps, and one map drawn by famous American navigator Christopher Columbus.

After the map was discovered, it had been a basis of controversy for many cartographers. One of the reasons is the map showing Antarctica 300 years before it was even discovered and recorded by anyone. You can also find that the map was drawn as a landmass, which gave the impression that it was during a time before Antarctica was covered in ice caps over 6,000 years before.

Controversy With the Map

The controversy was brought about when a professor named Charles Hapgood published his book titled “Maps of the Ancient Sea Kings,” where he wrote all of Antarctica’s theories. He was based at the University of New Hampshire and studied the Piri Reis map and his students. All of them discovered many things about the map that they could not decipher or explain.

Apart from Antarctica’s issue of having no ice caps, they also noticed that Piri Reis drew the map utilizing the Mercator Projection, a manner used by European cartographers until the 16th century. Gerardus Mercator, a Flemish cartographer, thought up the cylindrical map projection in 1569. The Greeks could generate cylindrical maps using their knowledge of the Earth as a sphere and geometric and astrological skills to compute longitude and latitude. The Mercator Projection’s accuracy was not true until the invention of the chronometer in 1760.

After studying the map, Professor Hapgood concluded that Piri Reis used the Mercator Projection since he used Greek maps to create his drawing. However, there was still no explanation for Piri Rei’s inclusion of Antarctica without the ice cap. Professor Hapgood and his students theorized that Piri Reis used information that was older than 4,000 BCE. 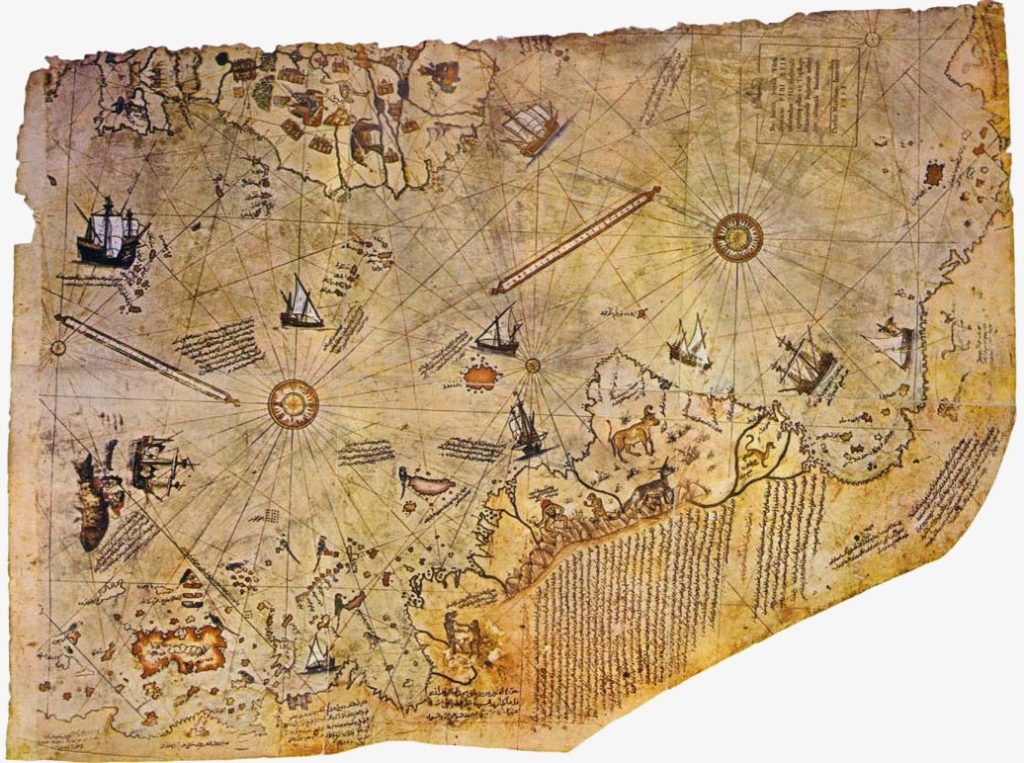 A complete image of Piri Reis’ map, complete with his drawings and notes.

There is still no concrete proof about Antarctica having no ice caps on the Piri Reis map. It is still up for discussion, and many theories from different cartographers still surround the map. Even some believe that an alien civilization occupied the area inland from the coast.