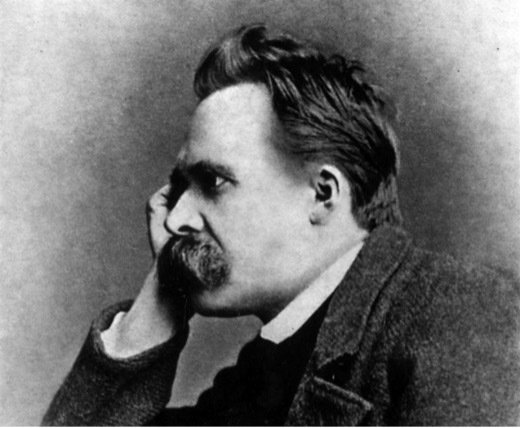 Friedrich Wilhelm Nietzsche was born on October 15th in 1844, in the village of Röcken, Lützen in Germany. His interests covered a wide variety of topics, including history, philology, religion, art, music, culture, tragedy, and science. Goethe, Zoroaster, Richard Wagner, Socrates, and Ralph Waldo Emerson are notable figures who inspired him in his works.

Friedrich’s father was a Lutheran pastor and died in 1849 when Friedrich was only 5 years old. The family (his mother and sister) then relocated to Naumburg to live with Friedrich’s maternal grandmother and his father’s two unmarried sisters. After his grandmother passed away, they shifted to their own house, a museum, and a study center.

Nietzsche did not believe in God. He denounced his faith and had declared, “God is Dead.” By this, he meant that it was us humans who had killed God with their quest and curiosity, their scientific revolutionary ideas, and the wish to understand life and the world.

Nietzsche criticized a large number of things. His criticism lessens the effectiveness of religious faith and morality. His works seem to lead people astray from the feeling of concern and guilt over doing wrong, the value of consideration among people, and the compassion and equality between them.

Friedrich believed that religion and traditional philosophy were the two things that harmed and degraded our lives and achievements.

Some of his famous and most well-known publications include;

Two more works of Friedrich Nietzsche were published after his death in 1900. These were;

His works provide a fascinating and powerful read and an insight into who and what kind of a man Friedrich Nietzsche really was. Friedrich was a brilliant student, and at the age of only 24 years, he was the youngest ever professor appointed to teach classical philology at Basel in Switzerland.

The Health of Friedrich Nietzsche

His health had never been good. He developed a routine of spending his summers in Sils Maria in Switzerland and the winters he usually spent in Italy. Regularly, he suffered from headaches and had trouble with his eyesight. His tumor could not be treated, and he developed dementia. Nietzsche’s mother would take care of him, and after her death, his sister took over this responsibility until her death in 1900. Ultimately, pneumonia and stroke were the main causes of his death.

Nietzsche’s views and works are even today open for debate. He was an unusual thinker who did not tell us his thoughts. On the contrary, he leaves it upon us to decide how to approach religion and morality by confronting us with our own assumptions about them.

Like he himself says in one of his famous aphorisms, “There are no facts – only interpretations.”

Nietzsche is considered one of the most influential and important of modern thinkers, and his works continue to affect generations of philosophers, poets, psychologists, theologians, and authors.