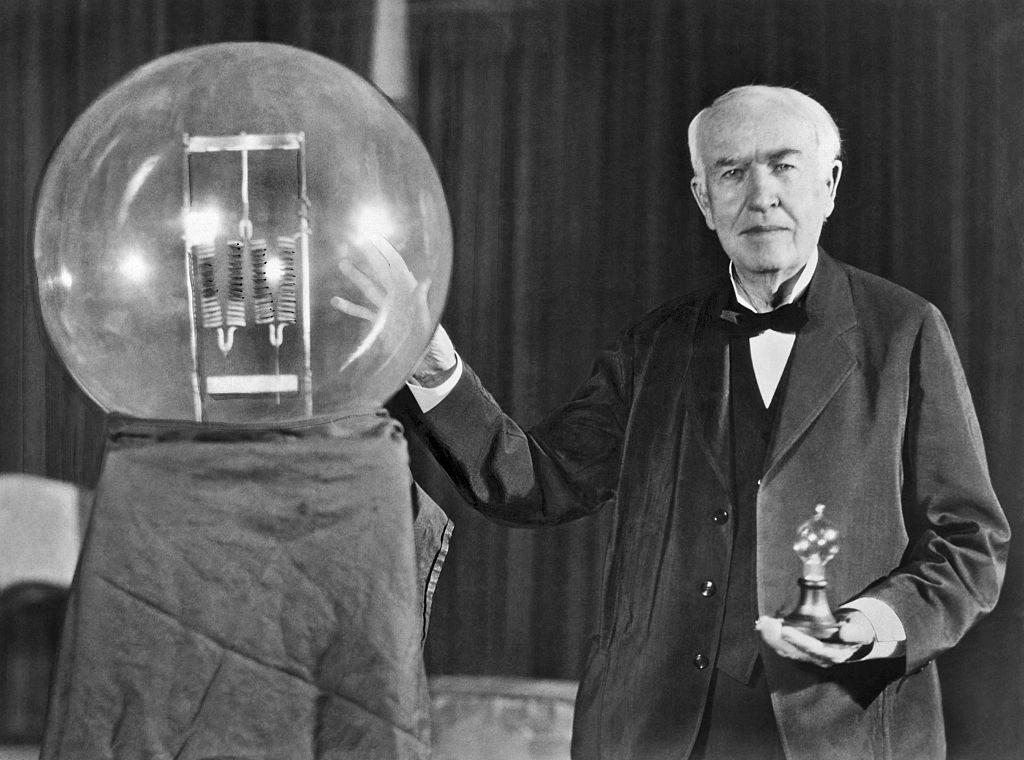 Thomas Alva Edison was a genius. He holds to his name a record number of 1,091 patents! The phonograph, the lightbulb, and early motion picture cameras are inventions that had Thomas Edison as their driving force. This article will talk all about Thomas Edison and his various inventions!

Thomas Edisons performed some of his best works in New Jersey and established the world’s first-ever industrial research laboratory. Edison looked upon the laboratory as an invention factory that regularly manufactured and produced new products. He became known as the ‘Wizard of Menlo Park.’ Thomas Edison was not only an inventor but became a successful manufacturer and businessman too, marketing himself and his inventions skillfully to the public.

Thomas Alva Edison was the son of Samuel Edison Jr and Nancy Elliot Edison. He was born in 1847 in the village of Milan, Ohio, on February 11th. He was not a very healthy child and was also a weak student. His mother removed Edison from school when one of his teachers called him ‘addled’ (meaning confused and bewildered). Edison’s mom took him under her wing and started educating him at home. Edison says, “My mother was the making of me. She was so true, so sure of me, and I felt I had someone to live for, someone I must not disappoint.” He had a fascination for all things mechanical and would conduct chemical experiments from the beginning.

Thomas Edison was only 12 when he took up his first-ever job on the Grand Trunk Railroad to Detroit. He was a newsboy (a newspaper seller) and also sold candy on the train. Edison then established a lab and a printing press in the baggage car to continue with his experiments. Edison published the first newspaper printed on a train, called the ‘Grand Trunk Herald’. Unfortunately, he had to stop conducting his experiments on the train when a fire broke out in the same baggage car.

Around the same time, he started suffering from hearing loss. This may have been from contracting scarlet fever as a child, or he was punched in the ears by the conductor of the train he worked on. Whatever the reason, his deafness did not stop him from continuing his work. As a matter of fact, he considered it an asset, as it enabled him to focus better on his research and experiments.

What Edison actually did was that he worked and improved upon the technology of other people’s inventions to make them more practical and applicable for the general public. His first patented invention was the vote recorder that Congress’s legislative bodies could use. This was in the year 1868, and Edison was just 21 years old!

Between 1870 and 1874, Edison worked on Samuel Morse’s invention, the telegraph. Samuel’s invention was a slow system of sending messages with a speed of only 25 to 40 words per minute. The system that Edison developed was far more superior and much faster. It was a device like a typewriter and could record in just one minute up to 1,000 words. This made it possible to send long messages very quickly.

Another one of his most important inventions was the light bulb. There had been other people before Edison who had been trying to build a lighting system. Edison took advantage of all their findings and came up with an incandescent light bulb design that was long-lasting and could be practical and widely used.

Death and Impact of Thomas Edison

Edison’s inventions have had a great impact on our modern world. He is the recipient of many honors and rewards.

His long list of patents and inventions included the carbon microphone, electricity distribution system, and the first commercial fluoroscope, among many others. On October 18th, 1831, he breathed his last and his family buried him in the Llewellyn Park in West Orange, New Jersey.