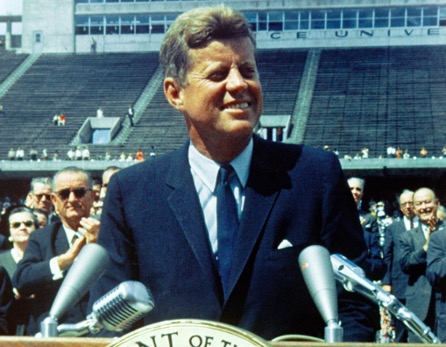 Now and then, a person is born with the power and potential to change the course of history. Such people gain many followers, but on the flip side, some haters too. Hatred can take people towards performing extreme actions, and that has resulted in the assassinations of many influential and powerful people. Here are the five most infamous assassinations in history.

The heir to the Austro-Hungarian throne, Archduke Franz Ferdinand, was assassinated on 28 June 1914 in Sarajevo. This single killing further incited the killings of 18 million people. So in terms of the repercussions caused by an assassination, no other comes close to this one.

Ferdinand was on his way to inspect the imperial armed forces in the Balkan region, which Austria-Hungary had annexed. Many Serbian nationalists were angry at this move, and Princip, a member of Serbian secret society the Black Hand, took it a little too personally and plotted the killing of the Archduke with five accomplices. One of them threw a bomb at Ferdinand’s car, and while he was taken to the hospital, Princip fatally shot him. The act caused the Austria-Hungary government to declare war on Serbia which later turned into World War I.

Whenever a talk about the advancement of civil rights in the US takes place, the name of Martin Luther King Jr. inevitably arises. He championed non-violent and civil disobedience tactics. He was courageous enough not to let death threats slow down his mission. King was shot while he was on the balcony of his hotel by a white supremacist, James Earl Ray. A judge later sentenced the shooter to 99 years in prison.

Abraham Lincoln was the man responsible for abolishing slavery in the US and one of the greatest leaders the world has ever seen. The American Civil War did not deterr this great president from his mission. However, while Lincoln was attending a play at Ford’s Theatre, the notorious John Wilkes Booth assassinated him. As a result, the world lost one of the greatest advocates of human rights.

The sad and dramatic end of Julius Caesar came at the hands of his confidantes and friends. When Caesar started getting popular and powerful, a group of conspirators, including Casca, Cassius, Decius, and Cinna, convinced Caesar’s closest friend Brutus that he was bad for the Roman Empire. Together, they all stabbed Caesar to death near the theatre of Pompey in Rome.

One of the most infamous assassinations in history, JFK’s, occurred in Dallas, Texas, while riding the presidential motorcade on November 22, 1963. Lee Harvey Oswald shot the president, but many other conspiracy theories still revolve around the case. The event was captured on video and still has some mystery revolving around it, especially as Oswald was assassinated later.

The Course of History Changed Forever

Without these iconic figures, the course of history was forever altered. All these infamous assassinations occurred for political gains and caused the victims to gain greater and eternal fame while the perpetrators’ names collected dirt. Though the assassinations caused us to lose inspirational leaders, their followers and supporters continued to carry out the work of their heroes’ missions.