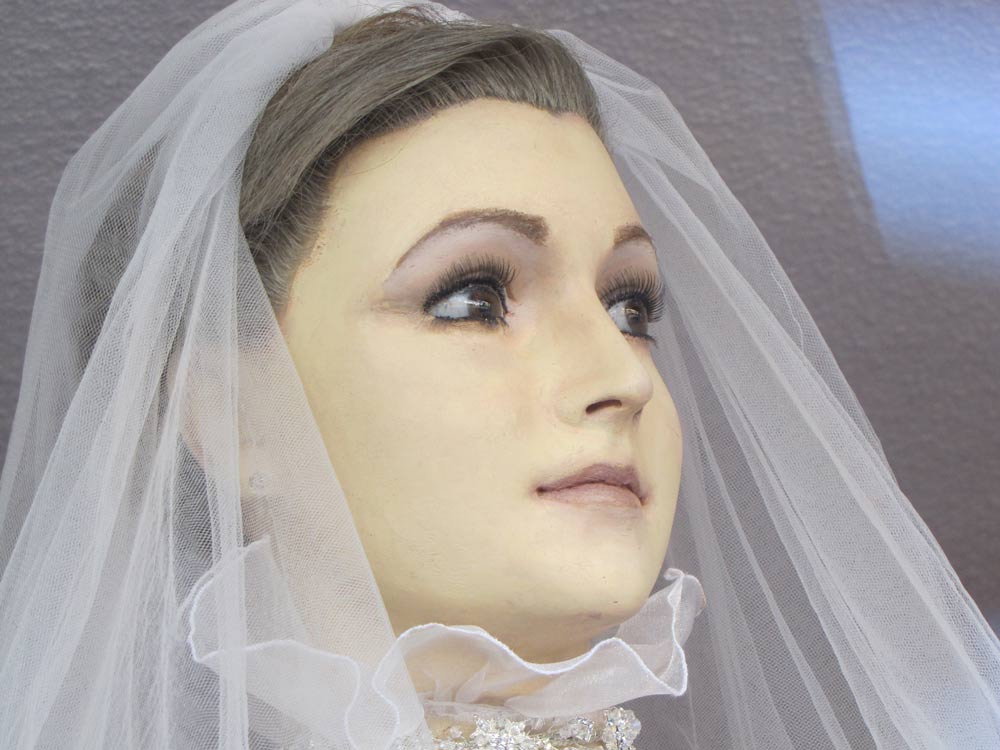 La Pascualita is the name of the dummy, which the store installed on March 25, 1930. When La Pascualita first appeared, people were struck by how real the mannequin look. But is La Pascualita a mannequin? This mystery has haunted Chihuahua locals for more than 90 years now.

The La Popular bridal boutique in Chihuahua, Mexico was owned by Pascuala Esparza. The boutique boasts of dressing brides in their most precious moments. When the dummy arrived, people could not stop noticing how the display looked very similar to the owner. Likewise, locals began circulating rumors to the truth about the mannequin and that it is the preserved body of Esparza’s daughter, who had recently died during her wedding day.

According to the story, Pascuala Esparza looked forward to her daughter’s wedding. This was the time when the bridal gown boutique owner will dress her daughter for a wedding. Pascuala picked the most elegant and intricately-designed gown for her daughter to wear. However, on her daughter’s wedding day, she was bitten by a black widow spider. Her daughter succumbed to position within the day. Because of the tragic loss, locals did not see Esparza for many days. When Pascuala returned after grieving, she bought a new installation for her shop, the La Pascualita mannequin. The coincidence that the installation happened days after the tragic death led locals to believe that Esparza had gone mad and preserved her daughter’s body as a mannequin instead of burying the body.

The rumors of the mannequin being Esparza’s preserved daughter’s body quickly spread throughout Chihuahua. Likewise, the rumors escalated because of the startling realism of the dummy to an actual body. The mannequin’s hands are very lifelike. Furthermore, if you happen to see the mannequin up close, you may notice the various veins running down La Pascualita’s legs. Even the shop workers who change La Pascualita’s gown every week believe that they are changing a mummy’s gown instead of a dummy. 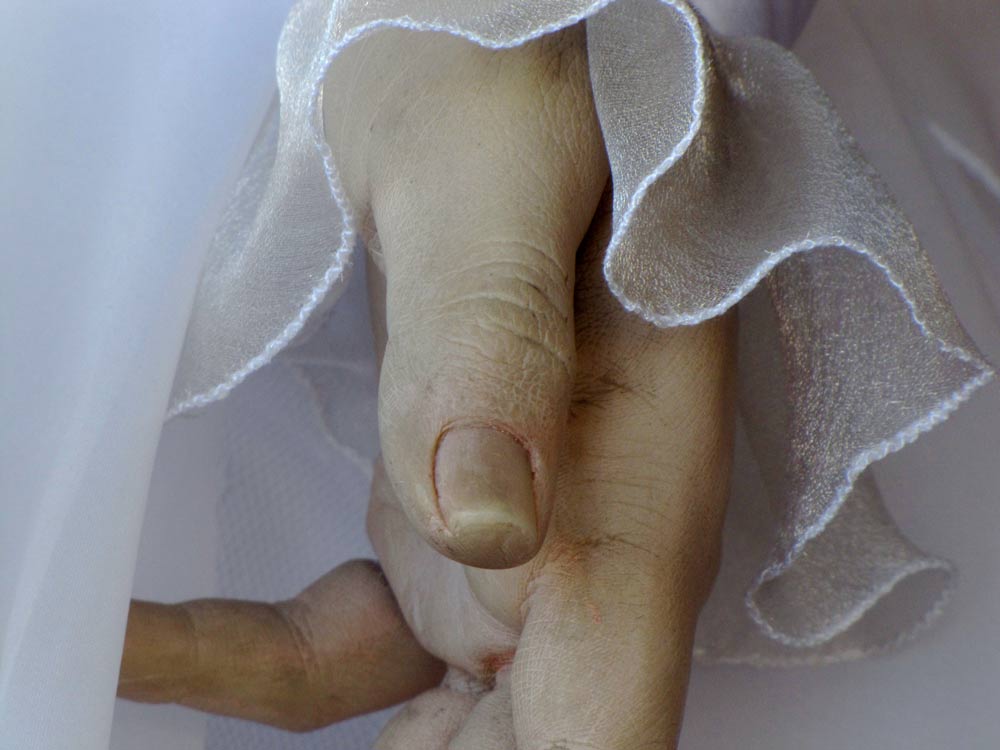 The details of the hand are so realistic

Other Claims of Eeriness

There have been a lot of claims concerning La Pascualita as being more than just a dummy. A lot of narratives have claimed that La Pascualita’s eyes follow them as they walk across her. People even uploaded a video uploaded in YouTube that shows the dummy’s eyes look down on a woman taking the video. Others have claimed she changed in position. Whether these accounts are real or made up, one thing is for sure, the mystery behind La Pascuality will surely last a lot longer.