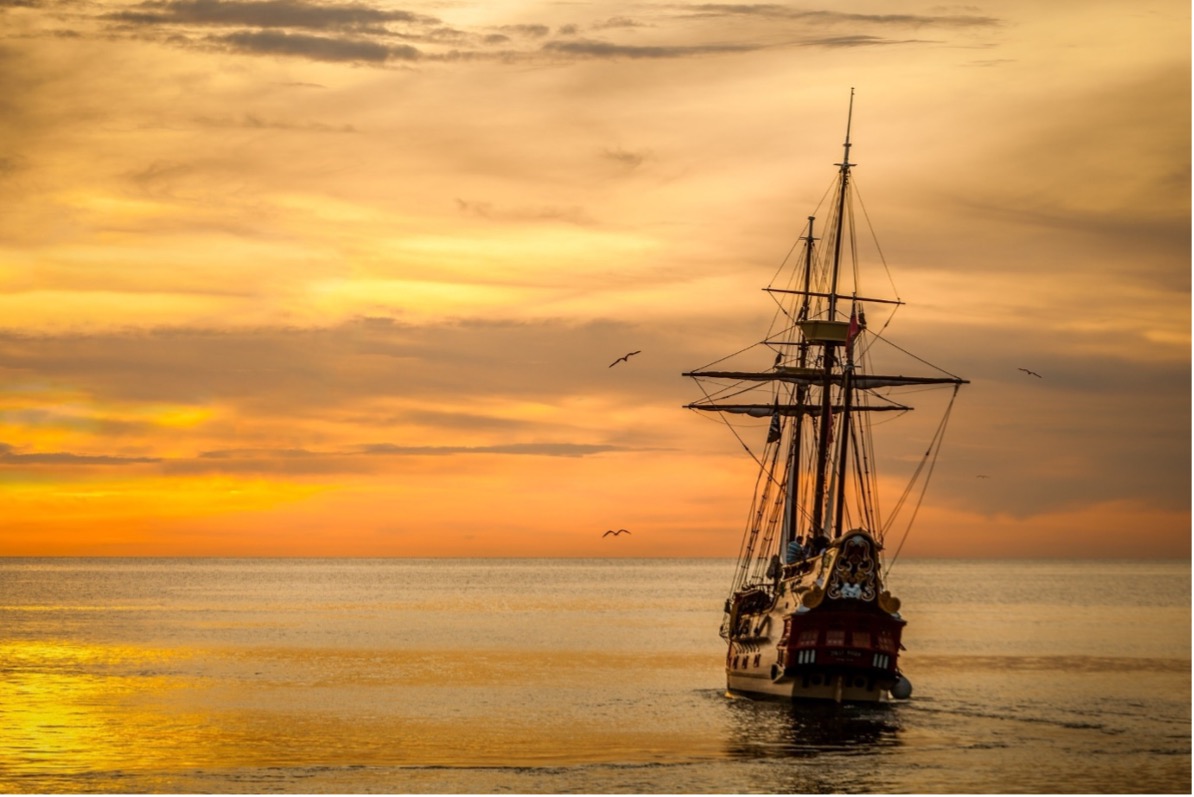 Captain Benjamin Spooner Briggs’s last log on the Mary Celeste written at 5:00 a.m. on November 25, 1872, revealed the ship had again faced rough seas and strong winds over 35 knots. But when Dei Gratia found the ship, there was no one on board. All ten passengers that embarked from New York on November 7, 1872, had vanished. Everything else was as usual, nothing looked out of place, except for the empty vessel at sea. Even the cargo was intact.

Ghost ships floating with not a single soul aboard is an intriguing mystery indeed, but also not uncommon. However, Mary Celeste is not your conventional ghost ship. It didn’t float out of the fog with a zombie crew attacking people. If it hadn’t been spotted, it would never have been found. Let’s dive deeper into this mystery.

When it left New York harbor earlier in November 1872, it had ten passengers that included seven crew, the captain, his wife, and two-year-old daughter on board. However, 18 days later there was no one found on the ship.

Some speculations ranged from natural disasters, sea monsters, or fraud for insurance money. But Captain Briggs had a good reputation in the industry and was a good sailor. Rough seas and strong winds would not have been any cause of alarm for him, as this is often an issue that ships face. Captains and crew are capable of handling such situations.

Then what happened to him, his family, and his crew?

The mystery of what happened to the passengers of the Mary Celeste has still not been unraveled. Of course, there are other explanations of what might have happened to Mary Celeste, which also seem to make sense. Some say that the ship sailed into a reef just off the coast of Haiti, but then where did the crew go? Were they kidnapped, drowned, or did they flee? It seems as if they vanished in thin air.

The crew of Dei Gratia, when they came on board, witnessed Mary Celeste’s charts scattered around while the crewmen’s belongings were still in their quarters. There was only one lifeboat missing and one of its two pumps had been disassembled.

There were also three and a half feet of water in the ship’s bottom. However, the cargo of 1,701 barrels of industrial alcohol was not touched, and the food supplies and water were enough for six months.

This clearly indicated that the crew had to abandon the ship in a hurry. But why? Nobody knows. Captains do not leave their vessels till the end. And Captain Briggs was a sound sailor. According to his peers and colleagues, he would never leave the ship without reason.

As with things that cannot be explained, the conspiracy theories take over which range from mutiny to pirates to sea monsters to killer waterspouts. If the captain had planned this why would he leave his son behind to attend school? If Captain Briggs wanted to disappear or commit fraud, he would have vanished with his entire family, and not leave a young child behind.

More than a century later, the mystery of Mary Celeste and its crew has still not been solved. Captain Briggs, his family, and his crew still remain missing. Your theories on this peculiar mystery are as good as any.