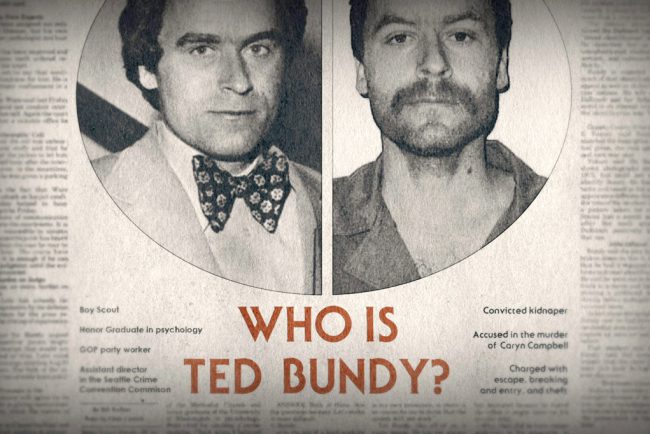 Many people may not accept it, but they have a morbid fascination with criminals, especially serial killers. The often charming and ‘charismatic’ personalities of these criminals give them almost celebrity status. People follow every little information about their lives and the crimes they committed in their lifetime. And Ted Bundy was one such criminal.

During the 1979s, serial killer and rapist Ted Bundy generated a lot of following during his trial. Bundy committed at least 20 sexual homicides across the US including Washington, Ohio, Colorado, Oregon, Utah, and Florida between 1974 and 1978.

According to Ted Bundy’s confession, he murdered almost 36 women. However, the police department claims that the number could be more than 100. Here are some more details about the Ted Bundy case.

Theodore Robert Bundy was born out of wedlock on November 24, 1946 in Burlington, Vermont. His grandparents raised him as their son and they told people that his mother was his sister. In 1951, his mother married Johnie Bundy and Ted took his name. He did not have any idea about the circumstances of his birth until later in life.

Bundy was not only a good-looking, charming man, but he was also very intelligent. He studied psychology at the University of Washington and graduated in 1972. Later in 1973, he recieved admission into Utah Law School. However, after a year he dropped out.

Much writing exists about Ted Bundy, including a book on his life by Ann Rule, his friend and author of the real crime book, The Stranger Beside Me (1980). Ann Rule met Bundy at University in 1971 and worked with him in a crisis center. Here they took telephone calls from those at risk of suicide or facing other difficulties. In one of her interviews, she stated that she never once felt scared of Bundy and he always saw her off when she left work, telling her to be careful. She said she considered Ted Bundy to be empathetic, kind, and solicitous.

As he grew older, Bundy became highly manipulative. Being a student of psychology he managed to ‘read minds’ and ‘control’ his victims and other people to some extent. His first victim was Georgann Hawkins whom he abducted in July 1974 from behind her sorority house in Seattle. Shortly following this first incident, he abducted two more girls in broad daylight. He disposed of their bodies by dismembering them.

His reign of brutality came to an end when on August 16, 1975 a police officer of Utah Highway Patrol observed a tan 1968 Volkswagen Beetle cruising outside a house at 3:00 a.m. As soon as he saw the patrol car, Bundy tried to flee. However, the police officer chased the car and pulled it over.

After searching Bundy’s car extremely alarming heap of evidence was found including handcuffs, an ice pick, a flashlight, a ski mask, a rope, gloves, a ripped sheet, a pantyhose, and trash bags. Ted Bundy was taken in but released on bond.

Fortunately, this brief visit to the prison was the beginning of Bundy’s end. The officer related the incident to a couple of detectives, who had a feeling that Ted Bundy and the VW Beetle sounded familiar. They contacted officers in Washington only to find out that he was on their suspects’ list in a series of sexual homicides.

Ted Bundy managed to escape from the prison twice, once in 1977 and then in 1978. He attacked five women, killing three of them within the two months he was free. He was arrested again in Aspen while he was driving a stolen Cadillac.

Bundy defended himself as his own lawyer and his trial was the first-ever to be a live broadcast. He was found guilty and executed on 24th January 1989 in an electric chair called ‘Old Sparkly’ at the age of 42 years.