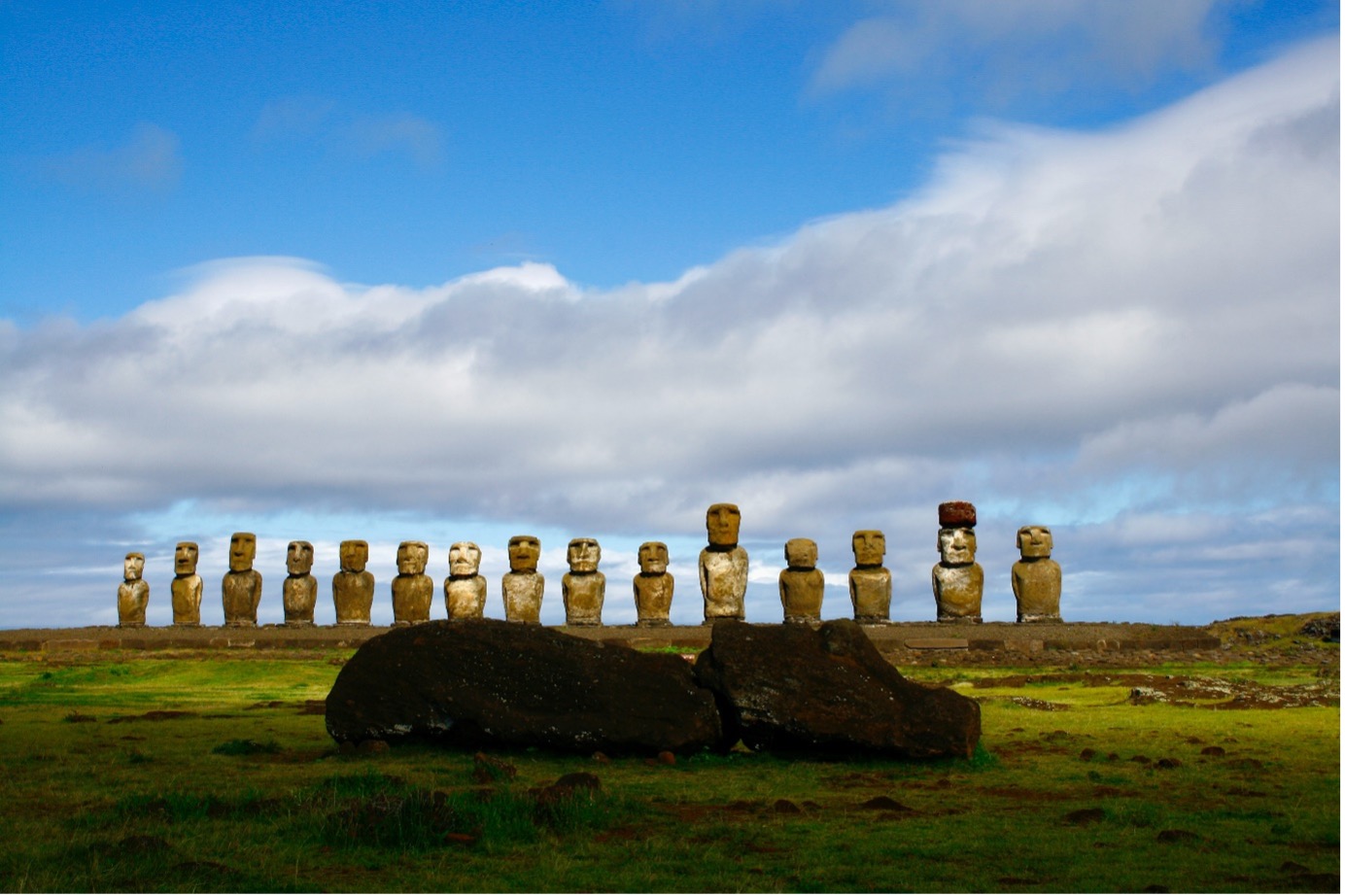 When you hear the name Easter Island, the first thing that pops into our minds may be Easter eggs, bunnies, ribbons, decorations, and wicker baskets. However, if this is what you envision, there is much more to learn about the mystery of Easter Island.

Easter Island has nothing to do with Easter. Easter Island’s real name is ‘Rapa Nui’ and the first people to inhabit this island came to its shores more than 1200 years ago when no one knew the concept of Easter, eggs, and bunnies back then.

The History Behind Easter Island

The mysterious Easter Island is about 64 square miles located in the South Pacific Ocean, some 2,300 miles from Chile’s coast in the west. Dutch explorers christened Easter Island in 1722 when they arrived on the island on Easter Day. Hence the name, Easter Island. The island may not have Easter bunnies and eggs but nevertheless, it is quite an interesting place.

Despite the lack of proper historical evidence, traditions say that the first king of Rapa Nui (Easter Island) was possibly from the Polynesian subgroup from Marquesa Islands. He traveled across the seas – thousands of miles – and came here.

What’s With The Statues?

Today, if you Google the mysterious Easter Island, you will find images of giant stone figures coming up. These statues may have been quite intimidating for the early explorers as they neared the shore. Seeing human structures standing along the shores through a telescope from a distance may have scared them, as it seemed that the islanders were standing guard.

However, upon closer inspection, it would have been strange to see so many huge stone human figures looking out across the waters. Historians still haven’t discovered the secrets or reasoning for placing these huge statues. Regardless, these statues have given this small island a lot of character and fame across the world.

Interesting Facts About the Mystery of Easter Island

Listed below are some interesting facts about Easter Island.

Thousands of people visit this small island to meet these silent ancient giants who stand majestically welcoming visitors. They are indeed spectacular with a hint of ancient mysticism that makes them all the more appealing.

The inhabitants of Easter Island are a link to a past that we don’t know much about. But they do reveal the talent behind the hands of the ancient people who created them. And until we know why they were made, we’ll just have to enjoy them as precious monuments of the past.

In this article:Easter Island, Featured, mysteries