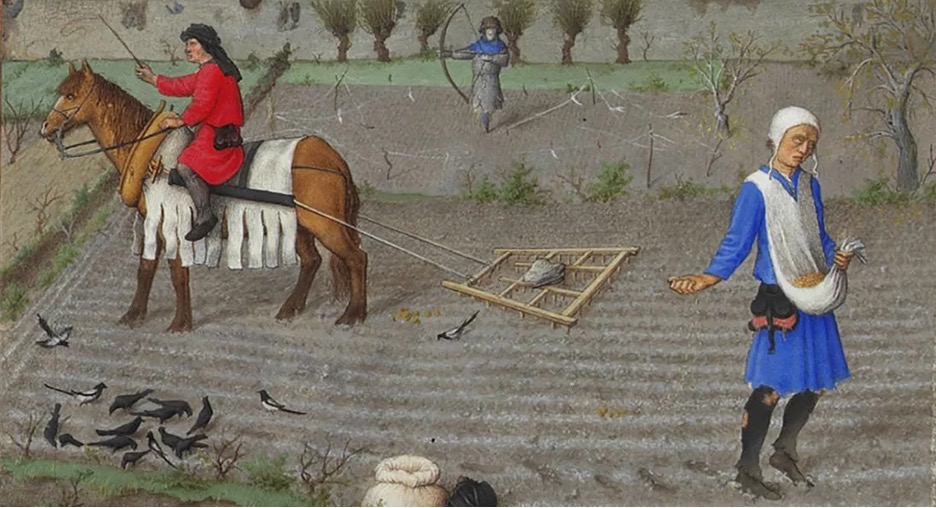 Serfdom is the term to describe the institutional system that forced peasants to provide labor to landlords to let them occupy the land. Serfdom was a concept throughout Europe during the Middle Ages up until the 19th century. What was Serfdom? Why was this system a thing? Read on to learn more!

Serfdom existed to classify a peasant’s social status in the Middle Ages under feudalism. It was also a concept in the Manor System in the same years. Western Europe used this system throughout the Middle Ages, It started dying out after the 14th and 15th centuries after the Black Death and the Renaissance. This system continued to be a part of Eastern Europe in countries like Russia and Poland up till the 19th century.

In serfdom, landlords forced a peasant or a ‘serf’ to provide their labor services in order to stay on said land. They were legally bound to their lords in many different ways. Landlords prohibited serfs from migrating to other lands. They didn’t allow them to marry, sell certain goods or work certain jobs. Serfs also couldn’t participate in different markets or authorize different types of consumption without getting their landlord’s permission.

Doesn’t all this sound exactly like slavery? Well, yes, but there were a few key distinctions between slavery and serfdom.

Slavery was a system where a person could be purchased and sold as property. Enslaved people weren’t even considered to be human beings with rights. Slaves were basically categorized as livestock during these times.

In serfdom, however, the serfs were still legally people even if they had far fewer rights than free peasants. They weren’t allowed to move and migrate, had very limited property rights, and also owed rents to their landlords. Serfs were treated very harshly and couldn’t take any action against the doings of their lords. They could only become free by either escaping the land or through enfranchisement or manumission, which was released from serfdom and slavery.

The landowners didn’t exactly own serfs. Instead, they were tied to their working land. If the landlord ever decided to sell their land to a new lord, the serfs would remain and serve the new lord.

The End of the Serf System

In the 14th century, the economy of western Europe was growing, and serfs started getting replaced by free peasants. The governments began growing in power which allowed them to stop the use of serfs as labor. Serfdom also declined a huge amount after the significant population decline because of the Black Death. The Black Death left a lot of uncultivated lands and cut labor numbers drastically, which caused the economy to rise in favor of peasants instead of serfs.

In Eastern Europe, places like Russia, Poland, Slovakia, and Hungary, all of whom had no history of serfdom until the late 16th century, experienced an increase in noblemen and landlords. This led to a second coming of the serf system in these regions. This was also known as the second serfdom. The second serfdom system remained in power until state action was taken and it was abolished. Serfdom in Central and Eastern Europe was abolished in different countries at different times between the late 18th century and up until 1860.