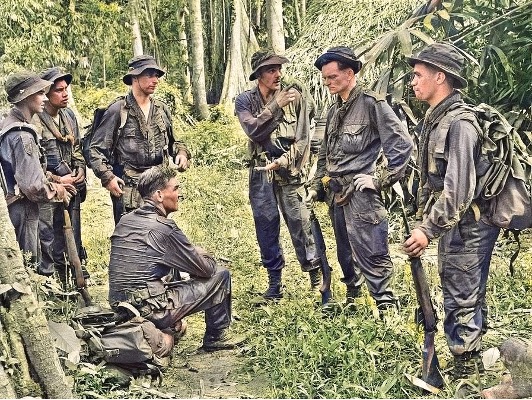 The Malayan Emergency occurred in British Malaya, including the Malay Peninsula and Singapore Island states. These regions were under the control of the British but had their own local rulers. Earlier, Singapore and Malaya had been under the occupation of Japan from the year 1942 to 1945.

When Japan surrendered at the end of the second world war, these areas came under British military rule. Malaya, at the time, was the world’s largest producer of tin and, in later years, rubber. It was a territory that was a really profitable part of the Empire.

On 1st April 1946, the Malayan Union was formed with Sir Edward Gent as its governor. However, Singapore was not part of the Union as it was regarded as a crown colony by itself. The Malayan Union faced a lot of opposition from the local Malays. Being the Union of the Malay states, the Straits Settlements of Malacca and Penang, the Union was a successor to the British Malaya, which wanted to unite the Malay Peninsula under one government to make it easier to govern. But the Malayan Union was dissolved because of the strong opposition of the ethnic Malays. It was later reorganized in 1948 as the Federation of Malaya.

The Malayan Emergency is also known as the Anti-British National Liberation War. The war was fought between the British Empire and Commonwealth forces against the Independence fighters of the Malayan National Liberation Army (MNLA). The commonwealth and British forces were fighting to protect their colonial and economic interest as well as to combat communism. On the other hand, the communist fought to gain independence from the British in order to build a socialist economy for themselves.

In the year 1948, on the 17th day of June, the Britishers declared a state of emergency. This was due to revenge attacks on plantations that killed three rubber planters. Chin Peng, the leader of the Malayan Communist Party, formed the MNLA. The ethnic Chinese population fully supported these communists.

The Straits Chinese population were extremely poor, their living conditions were bad, they suffered discrimination, and they weren’t allowed to vote. Hence when Ping formed the MNLA, and because of its belief in gender and ethnic equality, several of the Chinese men and women joined the party and started to work for it. To note, the communist party consisted of members from the Malayan People’s Anti-Japanese Army. There people were guerilla fighters who had fought against Japan in the Second World War.

After settling down in the jungles, the party organized and carried out many attacks on rubber plantations, tin mines, police, and military bases. The British, too, tried to stop the Malayans by starving and rationing food. They even went as far as to commit extrajudicial killings.

End of the Malayan Emergency

After years of unrest, the government took several measures to address the issues and grievances. Village councils and elections were held to help in giving independence. In addition, citizenship was granted to many Chinese people too. These actions led to a decrease in support for the insurgency. By 1950 the rebellion had become almost isolated. In 1960, they finally declared the emergency over.