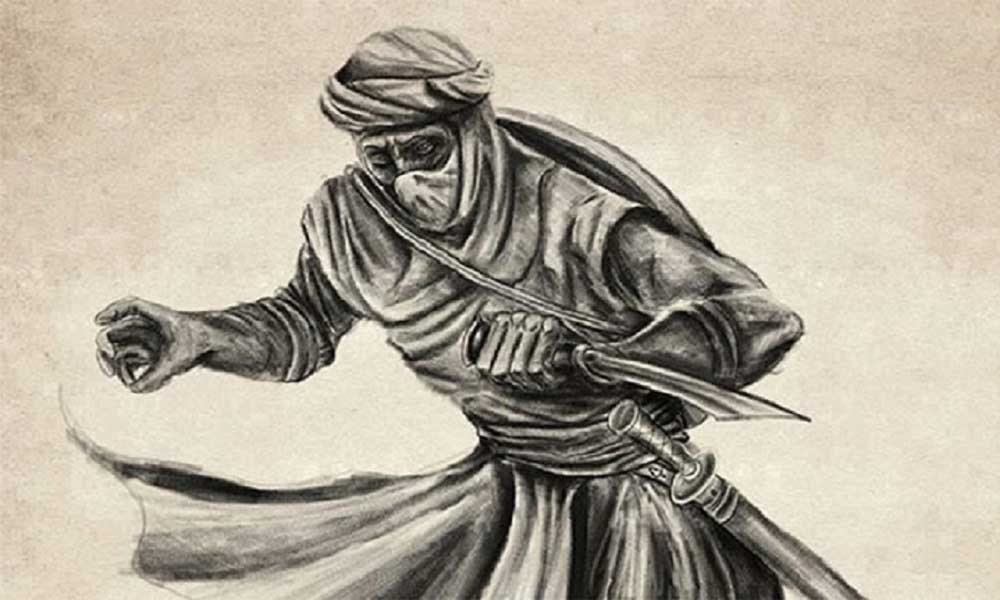 The Assassins of Persia, also known as the Hashashins, were ominous legendary figures. They were experts in their work which was to stealthily kill their targets with knives. This group was so efficient that many considered them to be invisible beings who could strike anywhere, any time. However, some say that there may be some exaggeration to the stories that people spread against the Assassins of Persia because they were not very popular among the Muslims – both Sunni and Shiites. Let’s dig in a little deeper to find out about the Hashashins – the Assassins of Persia.

Who were the Assassins of Persia?

The enemies of the Assassins of Persia also called them the Hashashins. ‘Assassin’ is a corrupt version of an Arabic word meaning ‘hashish eater’.

The Nizari Ismailis used to consume a powder of hashish or hemp leaves. It contains a natural psychoactive drug that can alter thoughts. Before they even became assassins, they had a habit of using hashish powder.

If they used this drug, this explains how they were able to carry out such difficult tasks and also die for their cause. According to legends, the Assassins were Nazari Ismailis who were a breakaway from Shiite Muslims. They were very powerful in Persia and Syria between the 11th and 13th centuries. They first captured Alamut – a castle in northern Iran in 1090 – under Hassan-e-Sabbah. He was an Ismaili theologian and missionary from the Sunni Seljuk Empire.

Insight into the history

To understand them, it is necessary to study a little about the history of the time. In the year 1095, Nazir – an Ismaili prince – was in line to rule Cairo. But he never made it to the throne as his younger brother took control instead. Nazir was executed after he had taken over and ruled Alexandria. Followiung his execution, his followers fled to Persia where they founded their own branch of Ismailism. They then created a new line of succession, led by Hassan-e-Sabbah.

Surrounded by enemies, the newly established Nizari state was vulnerable. It was necessary to take steps to survive. Hence, this new sect established strongholds in the mountains of Syria and Persia. Here select groups of fighters also called fedayeen were trained in guerilla warfare that included espionage, infiltration of enemy territory, and killing their leaders by knife-wielding teams. The term fedayeen means those who can sacrifice their lives for a cause, and these fighters struck fear in their enemies for their devotion and deadliness.

The Assassins of Persia gain prominence

The Assassins gained prominence as a deadly force after a Nizari fighter disguised as a Sufi stabbed Seljuq vizier Nizam al-Mulk to death in 1092. Understandably, this murder sent a wave of alarm across the region as it seemed an invisible force had murdered this powerful man. Following this, a number of prominent opponents took precautionary measures and started traveling with bodyguards, wearing chainmail underneath their clothes to protect themselves from the blade.

However, this didn’t stop the Assassins of Persia from doing their work and they managed to get to some other prominent people like Conrad of Monferrat only days before he was going to be crowned in 1192 as king of the Crusader Kingdom of Jerusalem. The Hashashins’ reign of terror ended after the Assassins of Persia were defeated by the Mongols.